A letter home from when I was 21 years old and living in South Africa: 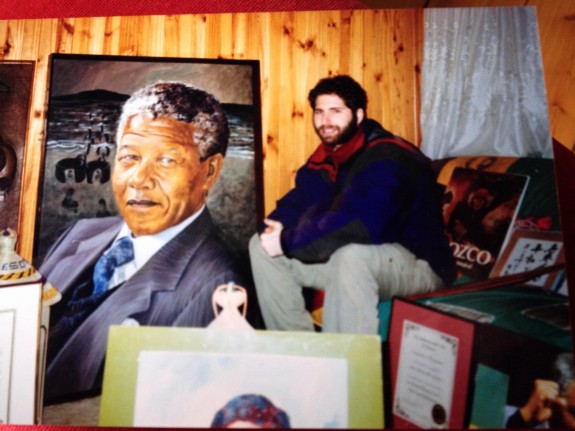 Today I headed to Robben Island, one of the worlds most potent symbols of freedom. A place where for 400 years colonial and apartheid rulers banished those they regarded as political trouble makers, social outcasts, and the unwanted of society. This included slaves, political and religious Muslim leaders who opposed Dutch colonialism in East Africa, African leaders who resisted British expansion in South Africa, and most recently, political opponents of the apartheid regime, such as Nelson Mandela.

According to Mandela, the island is, “A symbol of the victory of human spirit over political oppression and reconciliation over enforced division.” The visit was eye opening and moving. Led by an ex-political prisoner of the jail who served time with Mandela, the tour of the island included a walk through the main prison where Mandela spent 25 years, cell stories of 40 isolation cells with artifacts loaned by ex-political prisoners, and a question/answer sessions with two ex-political prisoners. The stories were heart wrenching with detailed explanations of torture and fraud that led to the division of family, friends, and mental scaring of many. The visit was enlightening and put the idea of freedom into perspective.

Freedom to express our ideas without worrying about persecution
Freedom to live in comfort day to day, without the worry of being beaten
Freedom to do as we please most of the time
Freedom to Live Life
As I sit and appreciate my freedom, I also think and pray for those who on this day, February 5th 2000, do not have these and many other freedoms.
May we all pray for the well being of those people, and in appreciation of our freedom, motivate to do something for those that are held captive.

Be well, Be strong, and Appreciate what we all have! Jah protect  Jordan

“We take risks in life not to escape life, but to stop life from escaping us”